7 Big Benefits of Having an Apple TV 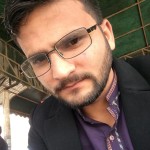 It’s hard to believe, but the Apple TV has been around as long as the iPhone.

Apple’s first streaming box was initially called the iTV, and it wasn’t until its second iteration that it truly became the Apple TV we recognize today.

Over the years, each upgrade has added a number of improvements, but is it a product that’s still worth having in a world of Smart TVs?

Read on as we look at seven big benefits of having an Apple TV.

The iPhone brought the concept of apps into the mainstream, and we’ve never looked back. Whilst Apple TV doesn’t have quite the same number of apps that you can find on your iPhone or iPad, it still has some excellent options.

In terms of streaming TV content, all the major players are included, such as Netflix, Amazon Prime, Disney+, Hulu, and of course, Apple’s own Apple TV+. If you prefer to stream your own content, then the Plex app is also available on Apple TV.

It’s not just streaming though; Apple TV has apps for everything from home workouts and yoga to cooking and weather.

If you’re hooked on the Apple ecosystem, the chances are you’ll be subscribed to Apple Music.

Apple’s rival to Spotify boasts over 60 million songs, so you’ll never be short of something to listen to. The beauty of using Apple Music on your Apple TV is that you can listen to your favorite tunes through your TV’s sound system.

Trust us when we say this sounds a lot better than it does through your iPhone’s speaker, especially if you have a sweet surround sound set up, complete with subwoofer.

As we already mentioned, as well as apps for rival streaming services, you can also sign up for Apple TV Plus.

Apple has plowed significant amounts of money into making Apple TV Plus shows that they hope will convince you to sign up for their service. The pick of the bunch at launch was the Jennifer Aniston vehicle The Morning Show, which also stars Steve Carell and Reese Witherspoon.

What we’re most looking forward to is a brand new series based on Isaac Asimov’s classic Foundation series. An Apple Original, Foundation, is due to launch in 2021.

Looking at photos or videos on your iPhone is great for convenience, but sometimes we all wish we could see things a little more clearly.

Airplay allows you to cast whatever you’re viewing on your iPhone to your Apple TV so you can see it in all its glory on your 50-inch screen. With AirPlay, you can stream photos, videos, music, podcasts, and even games directly to your TV. It’s incredibly simple to do, too; just click on the AirPlay icon on your iPhone and select your Apple TV.

The latest version, AirPlay 2, allows you to stream music to multiple audio devices at the same time. You could have your favorite playlist streaming to your TV in one room and your HomePod speaker in another.

Smart home devices are more popular than ever. There are a huge number of devices from different manufacturers and a wide range of different protocols that these devices use.

That’s where HomeKit comes in. HomeKit is a system that lets you control any HomeKit enabled smart home devices from your iPhone. You can turn on your smart lights, turn down your smart thermostat, or even unlock your smart door lock, all with a tap of a button.

HomeKit will work directly from your iPhone when you’re at home and connected to your local network, but what if you’re out and about and realize you’ve left the heating on? That’s where the Apple TV steps in; it acts as a smart home hub allowing you to control your HomeKit devices from your iPhone, even when you’re on the other side of the world.

HD TV and movies look great. That is until you’ve seen 4K.

4K has four times the resolution of HD. To put it into context, that’s a similar-sized leap as between standard definition and HD. Long story short, 4K content looks stunning.

The latest Apple TV boxes come with 4K as standard, meaning that if you have a 4K TV, you can enjoy ultra-high-definition 4K content from Netflix, Hulu, Disney+, Amazon Prime, and more.

Once you’ve tried it, you’ll never want to go back.

How many streaming devices also double up as a games console? That’s exactly what the Apple TV does.

Apple Arcade is a subscription service that gives you access to more than 100 games, with no ads. You can play them on your iPhone or iPad, but if you want the best experience, then you need to play them on the Apple TV.

Not only do you get to witness the graphics in all their splendor, but you can also use your Xbox or PS4 controllers that will work seamlessly with your Apple TV.

The best part is that you can start a game on your iPhone on the bus home, and then pick up where you left off on your Apple TV once you’re back.

Is an Apple TV for You?

With many Smart TVs having apps such as Netflix and even Apple TV built-in, is it still worth getting an Apple TV box? Hopefully, this article has given you some answers to that question. There’s so much more to Apple TV than just its excellent streaming capabilities. For more great tech content, be sure to check out the rest of the site.

MCC: What Is a Mobile Command Center?

Is online tuition an effective way of learning?